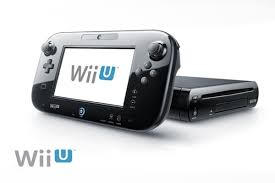 Do you want to play some Japanese or European games on your Wii U upon release? Well unfortunately that feature will not be allowed by Nintendo. It was announced yesterday that the Wii U will be region locked on all the consoles, meaning if you have a Japanese Wii U you can only play games from that region of the world. You can't play Japanese games on a North American console or European console and vice versa upon release.

Cameron Deao
Founder-Host
Posted by All Around Gamer's at 4:34 PM