You Shall Not Pass!!

Hello my pretties!! It's been quite a while since I've posted anything, due to laptop death issues, but fear not! This article will hopefully tickle your innards! In the least creepy way possible! ;D

We all remember back-in-the-day when the first Lego: Star Wars(2005) was released, and it was quite popular considering Star Wars: Revenge of the Sith was released months before! Then had the Brilliant idea, of releasing Lego Star Wars Complete Saga in 2007 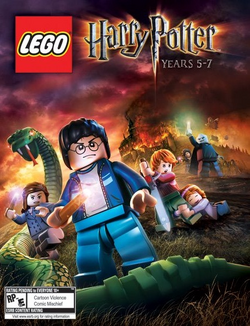 Pirates of the Caribbean, And the one we waited to patiently for!!

Lego: Lord of the Rings!

Now I havent had a chance to play this game, but from my knowledge of lego games, it is going to be very well put together, I personally love all the Lego games, because you dont have to re-learn the controls. However the cut-scenes look drastically different in the Cinematic P.O.V. I cannot wait to purchase this game.

Normally, Lego console games do not have actual words that come out of the characters mouths, mainly just gestures and grunts.

But according to my LOTR knowledge, which is actually close to nothing, they are using actual lines from the film, which is pretty cool to me.


If you haven't seen the trailer for it yet, here it is!
However, they always have to throw their creative sense of humor in there.

Email ThisBlogThis!Share to TwitterShare to FacebookShare to Pinterest
Labels: Adam, All Around Gamers, lego, lord, of, rings, star, the, wars